View source
watch 01:36
We're Getting Mutants in the MCU - The Loop
Do you like this video?
Play Sound

Johji Chakura is a selectable character from the game Dreamy Days in West Tokyo. 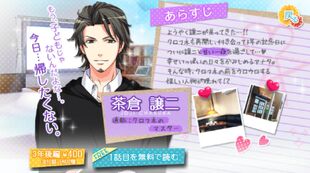 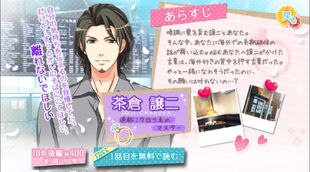 Johji is the owner of the cafe Black Ship — where the guys hang out and where you live. It turns out that he met you ten years ago.

He has wild, neck-length black hair that's slightly parted on his right, brown eyes, and a goatee. In 10 Years Later, his hair is thicker and smoother.

He is interested in history, and owns a lot of Japanese Historical books. He is over protective of you, always treating you as if you were his own daughter.