Start a Wiki
The Party app is a social game app from Voltage Inc. It was already available in Japan and has arrived overseas for English speakers. It is similar to GREE in terms of game play but there a major differences.

The first to be released is My Forged Wedding: Party.

You have arrived in Tokyo, to start a new life with your fiance, named Makoto. Before you officially marry your partner, you are arranging a rendezvous with your parents, Makoto and yourself.

The place where you'll meet them is at a bar called Kunian. You're going here to tell your parents about your engagement to your future husband. Your uncle, Kunihiko Aikawa, sees you and greets you.

You haven't seen him in about a decade and talk for a little while. An onlooker, with black hair and dressed simply in a plain white dress shirt and full-length black pants; is quick to notice your presence.

He mistakes you as Kunihiko's much younger girlfriend. The man is named Saeki and he calls over his friend Yuta to see you. Yamato, a man with auburn hair, joins the other guys and couldn't care less about you.

Takao, a soft-spoken gentleman - hands you his business card, and figures out that you are not Kunihiko's girlfriend - but are, instead, his non-blood related niece.

Ren, a blonde man with sleepy eyes - also joins the rest of the guys, but remains rather nonchalant and oblivious. The group of guys size you up and mention that you are cute and 'perfect' for a certain something.

You suddenly realise that Makoto seems to be rather late and wonder what has happened. Kunihiko tells you to wait and steps outside for some time. He returns shortly and hands you a letter.

It basically says that this person wants to break up with you - and this person apparently turns out to be Makoto, your husband-to-be. Kunihiko tells you a man hurriedly gave that piece of paper to him and ran off.

Thinking that Makoto couldn't have gone too far yet, you rush out of the bar and attempt to pursue him. Your efforts are futile in the end - and you only end up physically injuring yourself.

The crew from the bar - Yamato, Saeki, Yuta and Takao, come to your aid and console you. You all head back to the bar, to find Ren standing at the entrance.

Ren lets you know that your parents have arrived and all of you are stumped. In spite of your loss, you head back inside and sit down with your excited parents. They can see your anxiety and notice that Makoto has not turned up.

You become more uneasy, as each minute passes by - and one of the six men, that you have just met that day, step in and pretend to be your fiance. He easily convinces your parents - that he really is your husband-to-be.

Your parents leave later on - and the man that just tricked your parents, asks a big favour of you. You then live a false, loveless engaged life - whilst trying to fulfill the favour of the man in question.

In spite of the initial circumstances that you both agreed to - time goes by and both of you start to reconsider whether or not your romantic relationship really is just a sham...

You are an amateur fashion designer working under Pierre, on your way to the airport to Charles - your new home - you see several important people there unbeknownst to you that they are princes.

After that and you've settled down a bit, you head to your new job and introduced yourself to the staff and Pierre. Your first assignment - deliver a dress for super model Cynthia at Nobel Michel. When you do get there, Cynthia is looking upset. Her reason is because she had already made plans with her boyfriend before she even knew about attending the party at Nobel Michel. Seeing as you're the perfect candidate to take her place, she dresses you up in her dress and you are escorted to the ball by Prince Roberto.

You, of course, stand out at the ball and the princes appear to be interested in you so they chat with you from time to time. From there, your romantic story begins with your prince as his private designer.

You and your brother, Yahiko are helping up your mother to run a restaurant in town. One day, a cruel magistrate causing a ruckus to your restaurant. Offended, Yahiko tried to fight for the restaurant, only to make him more furious. Therefore, as a punishment, Yahiko is forced to work as a poison taster, or you could "entertain" him to avoid that. After thinking through, you decided to take Yahiko's place, leaving your hometown as a man.

After you arrived at certain clan, you begin your job as a poison taster. As time goes by, you earned Lord's trust and eventually become a cook instead.

This is a party app based on Gossip Girl story. However, this party app has country restriction (for more information, click here) 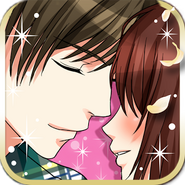 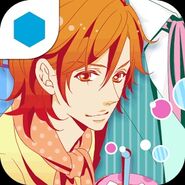 Old Be My Princess Icon 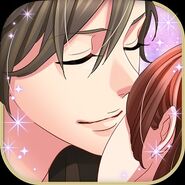 New Be My Princess Icon 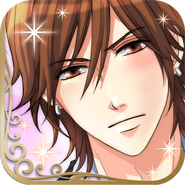 Be My Princess Top Page

Be My Princess My Page

Be My Princess Town

Be My Princess Event My Page

My Forged Wedding Top Page
Add a photo to this gallery
Retrieved from "https://voltage-inc.fandom.com/wiki/Party?oldid=42710"
Community content is available under CC-BY-SA unless otherwise noted.